I usually do reflections with this one, but that would make this post too long. So here’s what’s been going on in my real life… 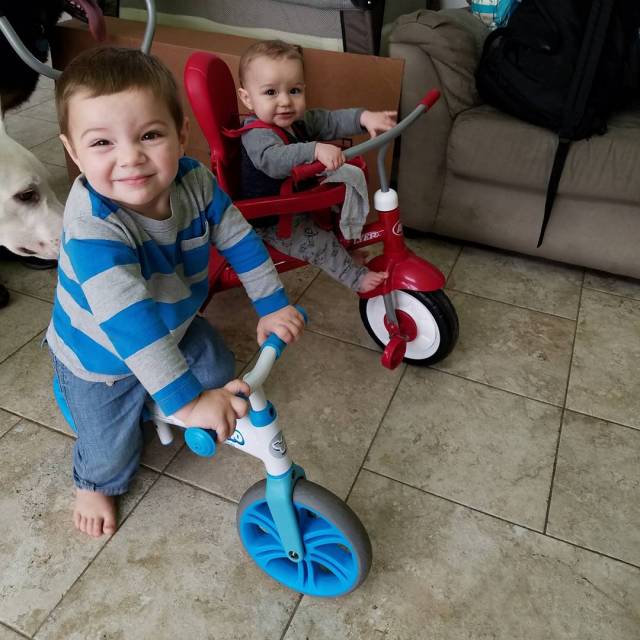 1. Obviously, the biggest thing that happened this year was having our second son. It’s been quite the adjustment! There was close to a month and a half where we had the dreaded two under 2 thing going on. We’re just about at 8 months and 2 1/2 years now. It’s still two in diapers, two not sleeping through the night (that has been SO bad the last couple of months), and now we’re just barely hitting the point where they’re both mobile! Padawan is sitting unsupported for longer stretches now, rolling all over the place, and occasionally army crawling. He also loves to stand up with help, so I suspect it won’t be long before he’s trying to walk. The little guy is such a cuddler. And I have to admit that I’ve been overall quite pleasantly surprised by Hobbit– I thought he’d be jealous, since he was just getting to a more possessive stage around my due date. But for the most part, he’s turning out to be quite the attentive and caring big brother! I hope that continues.

Speaking of Hobbit, he’s getting to a fun age. His vocabulary has exploded over the last 6 months, we can actually have basic conversations, he asks me to read him books regularly now, and when he’s not doing the 2 year old tantrum thing, he’s constantly cracking me up! 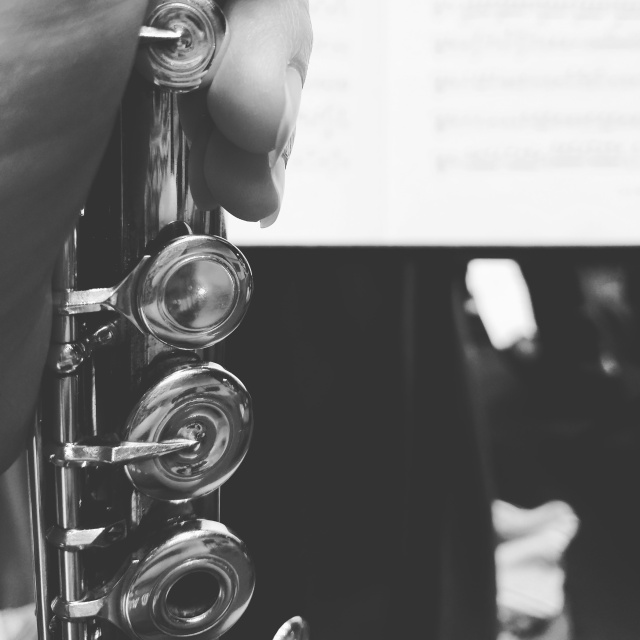 2. This has been a surprisingly busy year in my semi-professional life! I’m still doing the community orchestra, and am currently gearing up for a concert in which I play principal flute on one part and the highest notes I’ve ever had to play in my life on piccolo. I’m also still doing the flute choir, and we just recently did a concert featuring all female composers. (Which, according to our director, was surprisingly hard to assemble considering the general ratio of female to male flutists.) On top of that, I’d gone into the end of the summer thinking that this would probably be a good year to try and consolidate my teaching to fewer days– but then I picked up several new students! I’m up to double digits again now, which I hadn’t been in years. So a lot of my focus over the fall and going into 2018 is trying to figure out how to streamline and organize things at home to make it easier to juggle my job and the kids. (Also, since my mom is my babysitter for all of this teaching, she’s amazing and I couldn’t do this without her.) 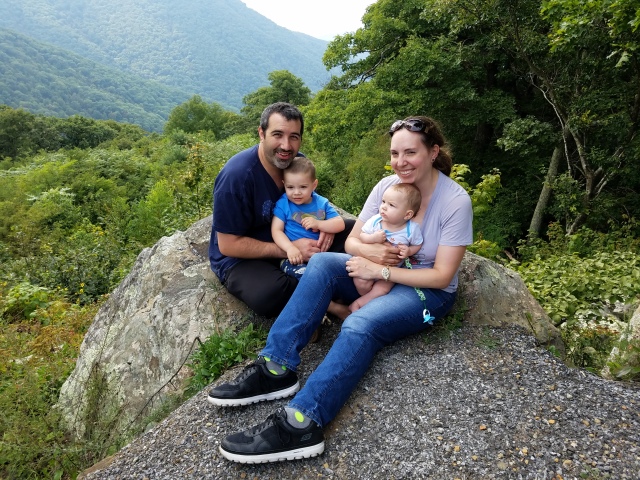 3. We survived our first overnight trips with kids! We took a somewhat last minute trip down to Virginia over Labor Day weekend, in which we drove through a big chunk of Shenandoah National Park. And then last month, Doug’s parents took us and his sister’s family to a waterpark resort up in the Poconos. The park was better than either of us had been expecting, and we agreed we’ll have to try to go back up there ourselves sometime when Padawan is older and can actually enjoy more of what the place has to offer. Also, we have a tentative goal of trying to get the boys to as many states as we can before they graduate high school, so this means they’re both up to five now. Not bad for the toddler and under set. (It helps that it’s really quick and easy to leave our state. Yay, northeast.)

4. We ended up moving to a new church at the end of 2016. It was a tough call for me, because I’d been at the same church for nearly as long as I can remember. But this one is more local to where I live now, and there’s a lot more kids around the boys’ ages than there ended up being at our old one by the time we left. So the highlight for this year is that we’re starting to find ways to get involved and it’s feeling more comfortable now. Which is always a plus, since I am such the stereotypical introvert and it’s always hard for me to go into new situations where I don’t know people well.

5. I feel like I’m finally starting to get healthy again. I wasn’t exactly unhealthy before, and I’m still not getting nearly as much sleep as I probably should. But the time around the end of my pregnancy was rough. I was having so much trouble breathing at the end that I barely slept at all for the last few weeks, and even spent a day at the hospital’s triage section of the labor and delivery unit, only to be told that it was just the baby’s positioning and I just had to ride it out. I ended up having to deliver without painkillers, which wasn’t my plan, but actually a blessing in disguise because I was able to get around again more quickly. Except for my hip. I’ve been in physical therapy for several months because my hips got so misaligned somewhere in there that even normal walking was really painful. It’s finally taking effect now, though I’m not done PT yet. I’ve also been trying to walk more , since I got a fitness tracker to help me keep myself accountable. And it’s helping, because I’m already more than halfway through the baby weight! Hopefully it’ll continue, since it’s Christmas cookie season, and I do love homemade baked goods. I’m hoping to spend more active time outside with the boys next year, and maybe work in a yoga DVD too, to continue to improve on that. Exercise really isn’t my thing, I seriously loathe running and never enjoyed being forced to do team sports in gym class, but I do enjoy hiking. (Except for the bug factor.) And we tried out geocaching during the fall and that was fun, so I think I can get behind doing more outdoorsy family activities.