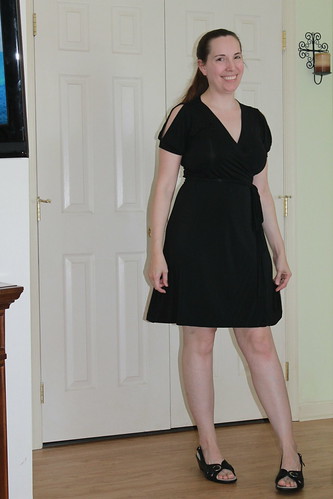 So…hi! This dress has actually been done for awhile– I finished it in late April. It just took me forever to actually be able to set up the tripod and get a few pictures of it. Definitely not the best, since my camera insisted on using the flash since I was inside, but it’s better than nothing, right?

This is my second version of the Cashmerette Appleton dress, and I made a few modifications this time to work out some of the issues that I had with my first one. So here’s what I did: 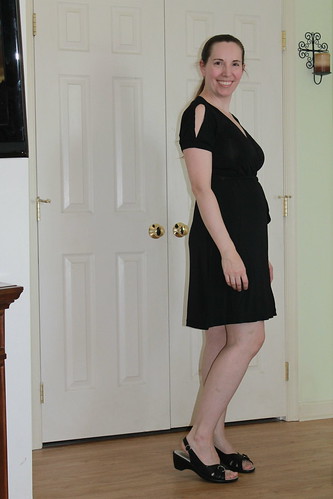 So then my goal was just to finish it before the beginning of May, so I could wear it to a concert. (I got gifted two tickets to the Philadelphia Orchestra, on May the 4th, to a concert full of John Williams music where he was actually conducting the last several pieces. Best. Star Wars Day. EVER.) I succeeded in that, at least!

Anyway, here’s how I did the sleeve. Sorry it’s not a full out tutorial. I thought about making a top and doing the sleeve like that again so I could do step by step photography, but considering I’ve been sewing the same fairly basic project for this entire month, I figured that my chances of actually finishing that this year were not looking so good. (Maybe I should have named this blog Sew Lento…) 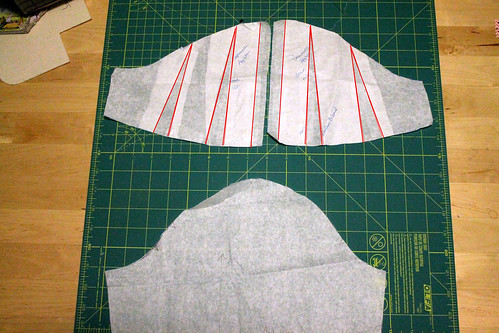 The bottom is my original sleeve, albeit the long-sleeved version. For this version, I traced off the short sleeve, split it in half, and added seam allowances to it (between the two middle red lines) so I could finish the edges well. I also did a little slash and spread pivot action on both halves of the sleeve, adding about 1″ in between at the bottom. 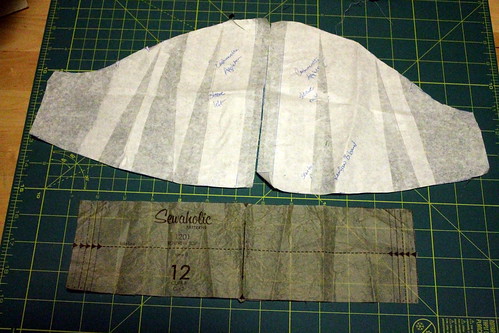 For the band, I wanted it gathered in to fit my arm. I was lazy about it and just used the band from the short sleeved version of my trusty Renfrew tee. But if you wanted to try this modification and don’t have that pattern, it was about a difference of 5 1/2″ between the length of the band and the length of the lower edge of the sleeve, including those seam allowances.

And here’s a closeup of the sleeve. 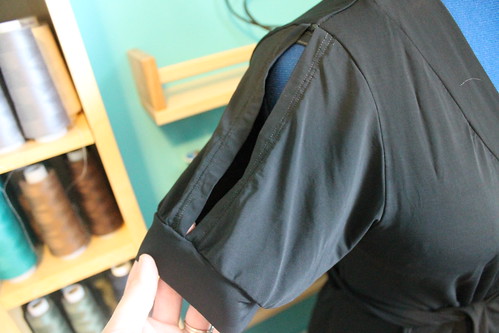 For sewing it, I finished the edges on the long middle edges of each sleeve half, sewed them flat into the sleeveheads so that the finished edges met in the middle, sewed the underarm and side seams together, and then sewed the hem band on in the round, just like I normally would with the Renfrew sleeve to finish it nice and clean. I have this thing about solid colors, and black in particular, where I need it to have some cool detail or I just get bored. (Throwback to my college music major days where I was wearing black all the time, and always on the lookout for interesting sleeves.) So I’m really glad that this matched up with what I envisioned in my head!

I’ll leave you with an outtake– not the best angle on the sleeves, but this photobombing cutie was just irresistible! 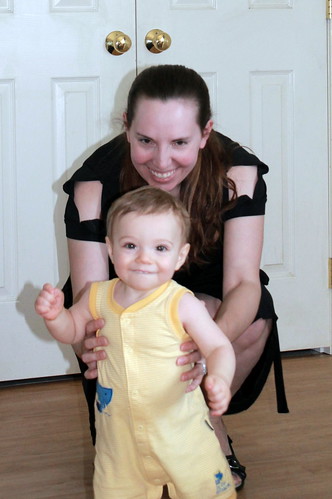 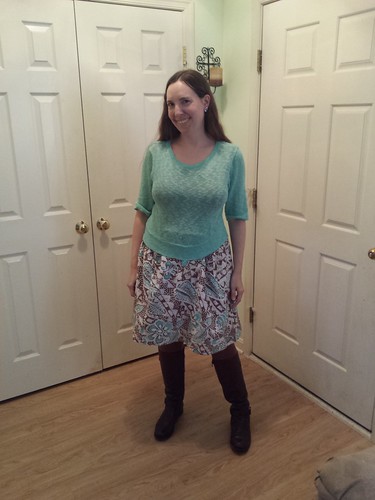 One of my sewing goals for this year was to think more about mini-capsule outfits, in an effort to avoid closet orphans. Since a lot of my old clothes still aren’t fitting well, this is so important right now. So I was excited to see that The Monthly Stitch’s theme for April was to do two or more coordinating pieces, one of which was a floral. It just so happened that I had the perfect combination in my stash. Especially to line up with a couple of other sewing challenges– I love when I can multitask this way!

Both of these pieces were from Seamwork Magazine– the same issue, in fact. I made the Astoria top first, because I needed a solid pastel top for my flute choir’s spring concert, and this piece of fabric was literally the only thing I owned that fit the criteria! It’s a lightweight acrylic sweater knit that I’ve been dithering over for a couple of years now, due to the sheerness. (Incidentally, the theme for the Stashbusting Sewalong this month was “feared fabrics”, and sweater knits do make me a tad nervous. Especially since it’s hard to find them in not-wool, and the unraveling factor!) This one came together pretty quickly, and fit nicely straight off of the pattern. The length threw me for a loop, since I’m not used to cropped tops, so I might add some length if I make it again– unless I find more good sweater knits for layering over some dresses! 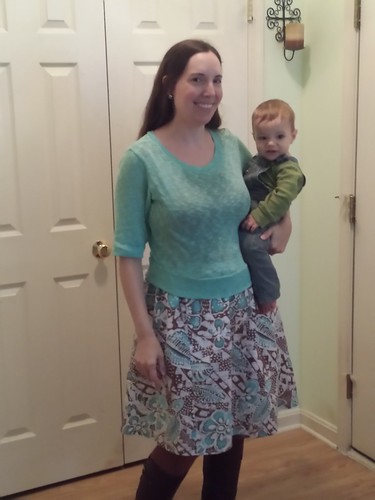 (Baby photobomb, because he was getting fussy.) The accompanying Bristol skirt took me longer than anticipated. That’s mostly my own fault, because the floral print is a little on the sheer side, and so I lined it. Which meant that I had to sew and finish everything twice, aside from the pocket. I’ll admit I was kind of frantically trying to finish this yesterday, both so I’d have it to wear to church this morning and so I could definitely count it for April, and so the hem on the lining is rather wonky. I rushed the pressing a bit more than I should have, and the fabric was all shifty. But I’m just going to roll with it, because no one will see it but me. (And maybe occasionally Doug, when he does the laundry, because he’s great like that.) 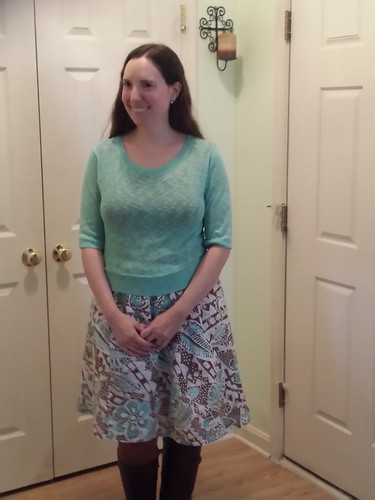 In other news, I never made my official Me-Made-May pledge for this year. I honestly don’t think I can do every day right now, since I’m highly dependent on my RTW transitional jeans. And I definitely can’t do the me-made jewelry like previous years, because the grabby little Hobbit has me limited to stud earrings and my wedding rings. So for this year, I’m going to just aim for wearing something I made 3-4 days a week, and seeing if I can get a better idea of what clothes might still fit me again after I drop a few more pounds vs. what it’s just time to let go of.

I’m starting off well, at least– besides the two Seamwork pieces, I’m also wearing my latest pair of Espresso leggings and the McCall’s tank top I made last month.

To quickly sum up my stashbusting for April: Besides these two pieces, I have one more finished clothing project that needs to be photographed (yay!), and a gift that I haven’t showed at all yet because the family member that it’s for follows my Instagram. All together, 11.25 yards out, and nothing in. Finally, a decent dent!