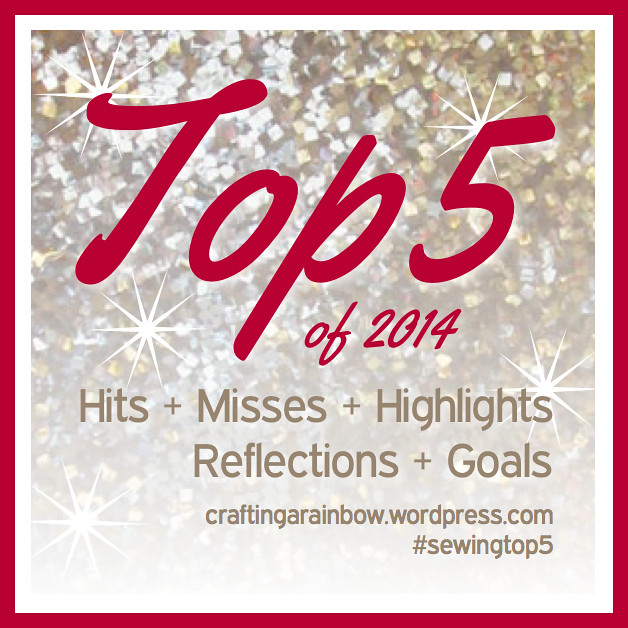 Time for the Top 5 lists, as hosted by the fabulous Gillian! I’m going to start off with hits and misses today.

Top 5 Hits
Looking back over my posts this year, I guess this was the year of pants, coats and dresses. 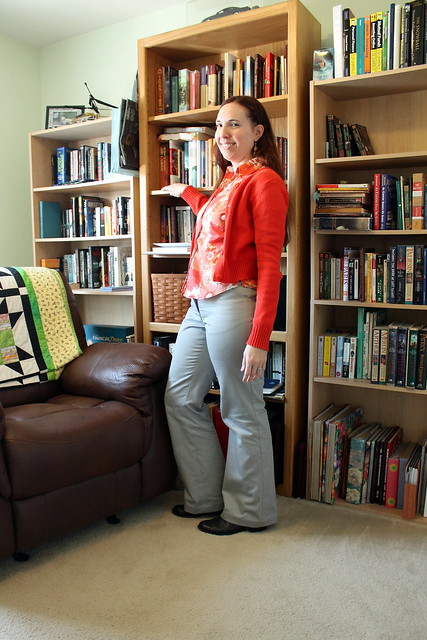 1. The Thurlow Trousers– all 4 pairs of them I made this year. I’m just showing the grey pair here, since they show up in photos the best. Along with the brown test pair I made in 2013, these got a ton of wear during the cooler months this year. And unlike most of my jeans, I was able to wear these pretty much all the way through the first trimester–it was just last week that I had to resort to safety-pinning them closed rather than buttoning them. So I’m feeling hopeful that, even though I’ll have to retire them for the remainder of this winter, maybe I can pull them out again next fall. 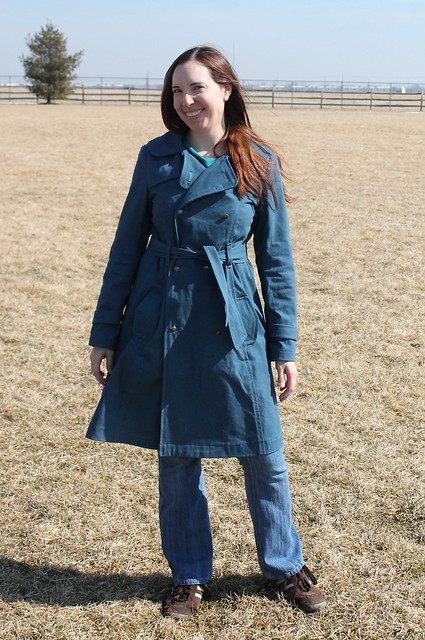 2. The Robson coat. I love the color, and I’m quite happy with the inside finishing. I will confess I need to do a tiny bit of repair on one of the pocket flaps where the stitching has come out, but aside from that, everything’s holding up nicely. I actually took this with me to Paris and ended up wearing it pretty much constantly, and it was the perfect added layer. Also, dragon buttons! 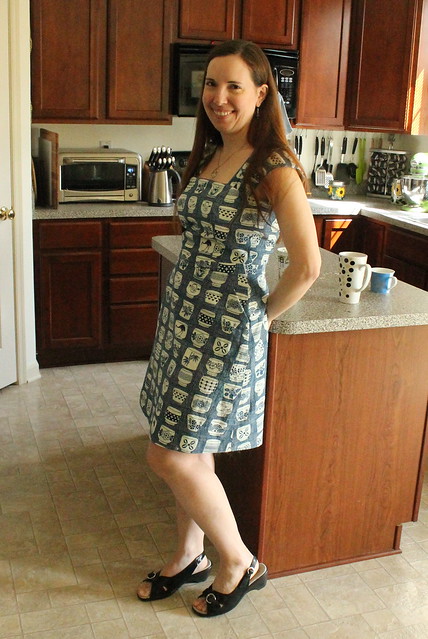 3.  The teacup Cambie. I loooove the print on this dress, and I have to admit that this is probably the dress that I’m most nervous won’t fit again post-pregnancy. Here’s hoping, because I really feel like this dress deserves more wearing than I was able to give it in one season! 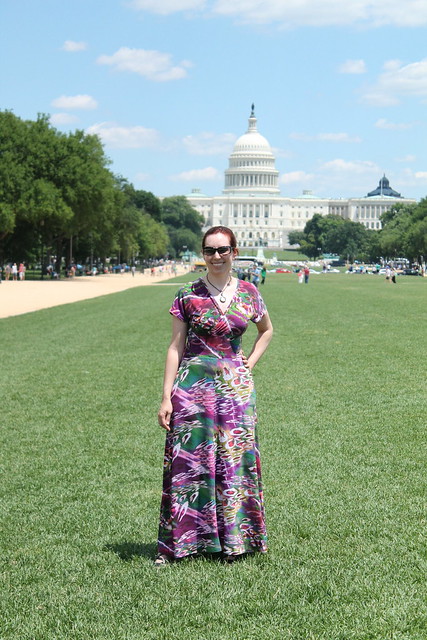 4. The Tiramisu maxi-dress. This one did get quite a bit of wear over the summer, since it’s a little more casual of a dress than the Cambie, and that makes it easy to wear for teaching and such. This one did adapt very nicely to the longer skirt, and I’m glad I got a chance to try this hack out! 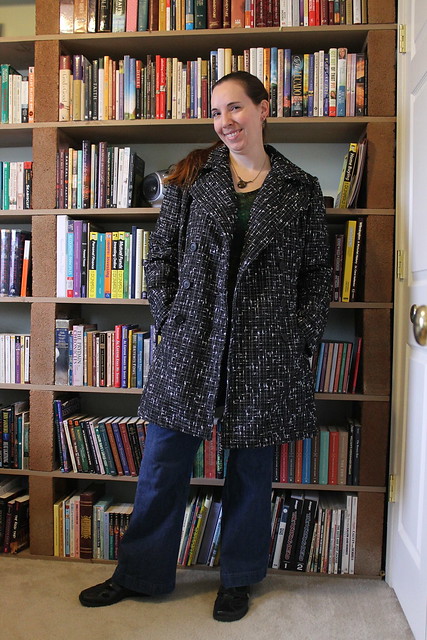 5. Even though it did take forever to make, I’m going to have to say the peacoat. The time I spent on the tailoring seems to have been well worth it so far, as was the investment in the Thinsulate. It’s much less stiff to wear than the old one, and so far, it seems to be keeping me warm. 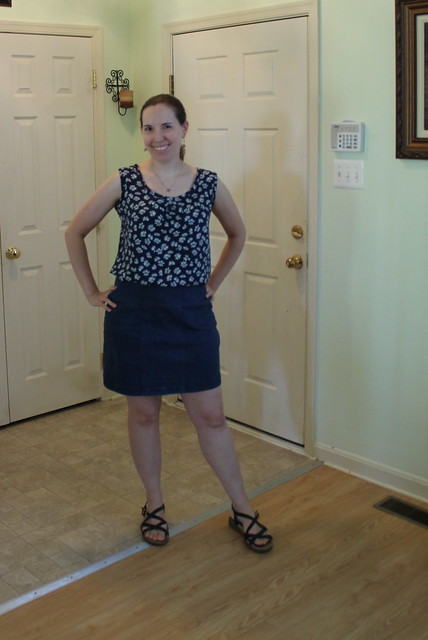 1. The daisy Sorbetto. It’s not so much that this project was a fail, as that I just haven’t worn it much. I pretty much have this one skirt that it works with and that’s it. Plus it got cold pretty quickly after I made it, and, well…you know, all my clothes starting to not fit. I’ll probably pull it out again sometime, though I doubt I’ll get much wear from it next summer, as it’s not the most nursing-friendly top.

2. My jeans hardware installation skills. I think I would have gotten a lot more use out of the skinny jeans earlier in the fall, if the button hadn’t started to get loose after one wash. My dad used some of his epoxy-type stuff to ensure that it wasn’t going anywhere, and that’s worked. But it’s also made the inside waistband really scratchy right behind the button. I managed a quick fix for awhile by just sticking a band-aid behind the button, but I need to stitch a patch over it for a more permanent solution. I just never got to it, and now that those jeans won’t fit me for awhile anyway, my motivation to do so has been quite low. 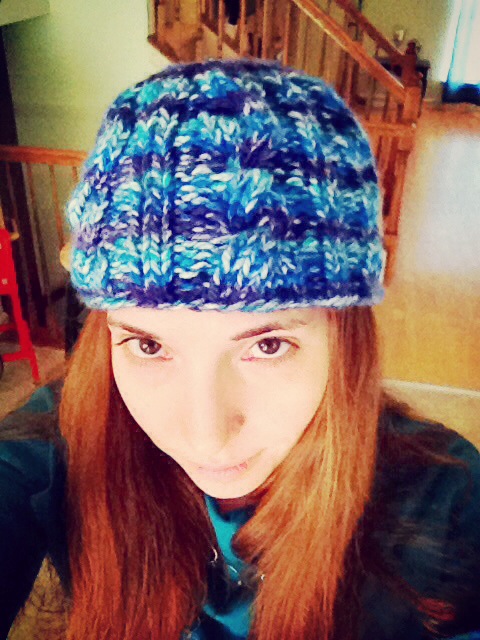 3. This hat. I think it would have been better for me if it had been about an inch longer. It barely covered my ears at all, and that bugged me to no end. I ended up giving it to my mom, since it fit her much better. I guess I have a big head or something? 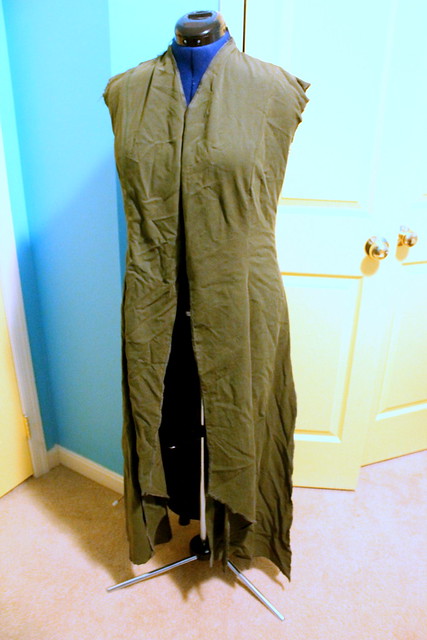 4. The Tauriel costume, which I attempted to make for the Sewcialists’ “March of the Shieldmaidens” sewalong. A combination of bad choice of fabric and less-than-stellar pattern alterations left this looking pretty awful. And though I love making costumes, I wasn’t having much fun with it, and was just getting stressed at how many more things I’d need to make for DragonCon vs. how long this was taking. So I ended up throwing it out and wearing my old Eowyn costume instead. Which was probably for the best.

5. Honestly, I think the biggest miss for me this year, or at least the last couple of months, has just been sewing time. It’s not that I didn’t want to, or even that I didn’t have any free time in which to do so. It’s just that my “morning” sickness ended up being so bloody awful and I just didn’t have the physical stamina to do it as much as I would have liked.

So what’s your favorite thing(s) that you’ve made this year? Anything you wish had gone better?