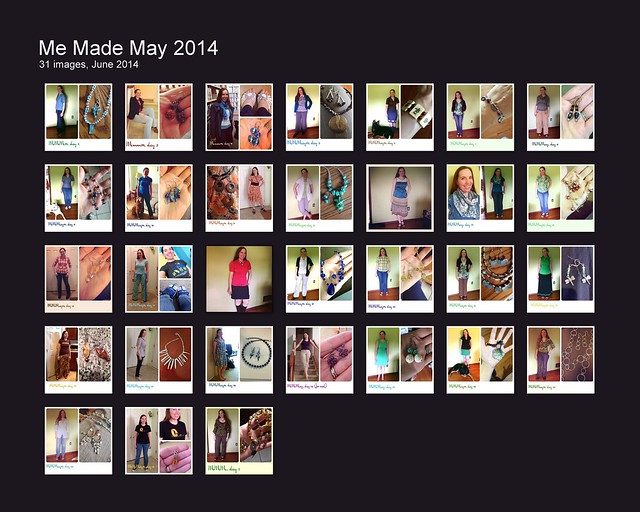 I sat down with my Flickr photostream and did a quick run-through of the month. And here’s what I found:

So in terms of practical application, I guess I thought through the exercises pretty well, overall!

So how did your Me-Made-May go, overall? Any wardrobe revelations?

Aside from that, here’s May in a nutshell: