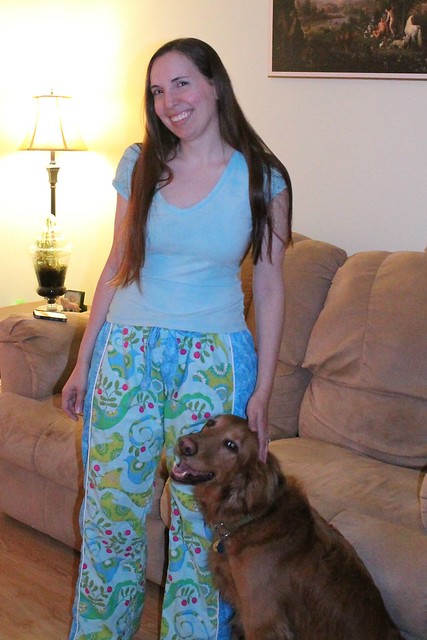 There was a week or week and a half or so near the end of March where I had absolutely no time to sew at home– I had five rehearsals for various music things in 7 days (!), and all more in the northern part of the state. My parents live closer to everything I do than I do now, and I still teach there anyway, so I just killed the extra time at their place rather than lose the extra hour (and gas/toll money) driving home and back. The point of all this is that my mom is great, and not only let me use her sewing machine to construct these badly-needed pajama pants, she also let me raid her stash! I tried really hard to finish these in April, because it’s the one contribution to Pink April that I could have possibly had in my anti-pink stash, but didn’t quite make it.

To continue the running theme of Sewaholic patterns that I seem to have going on this year, these are the Tofino pants. The side panels didn’t really add a whole lot of extra construction time, and I like that I can mix fabrics. The added waistband piece vs. fold over and sew is kind of nice, too–I think the crotch depth of this pair is more flattering than other pj pants I’ve made. Plus once the top starts getting holes in the top but the rest of the pants are still in good shape, I could always just remove that piece and sew on a new waistband, rather than toss the whole pair! 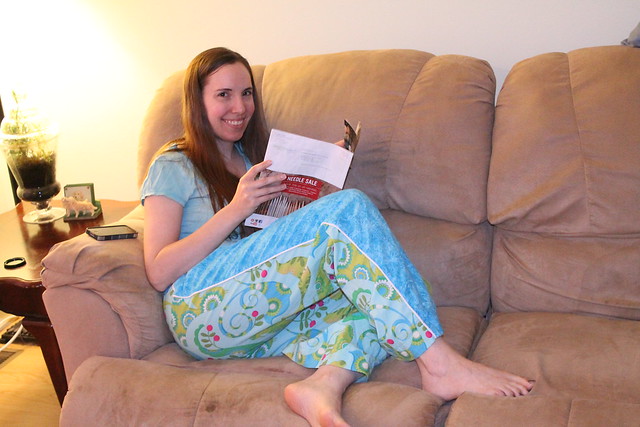 Isn’t this bird print fun? I’ve had it for a couple of years. I originally bought it with a Sewaholic Crescent skirt in mind, since the pattern specifically says it works with quilt cotton! But in typical fashion, the print ended up being a much larger scale than I’d thought when I ordered, and I just didn’t think it would work for the skirt seaming, especially in the yoke. But it’s great for crazy loud pj pants! Of course, since I bought it for a skirt, I didn’t have quite enough to make the full-length pj pants. I didn’t want to make the shorts, because pants that were lighter than flannel but warmer than shorts were really what I needed. I seriously thought about cropping the pants to mid-calf to see if I could squeeze them out, but then Mom said she wouldn’t mind letting me steal a piece of her quilt cotton. I settled on this bright dragonfly print. I had to cut it on the crosswise grain to squeeze it out, but it still worked. 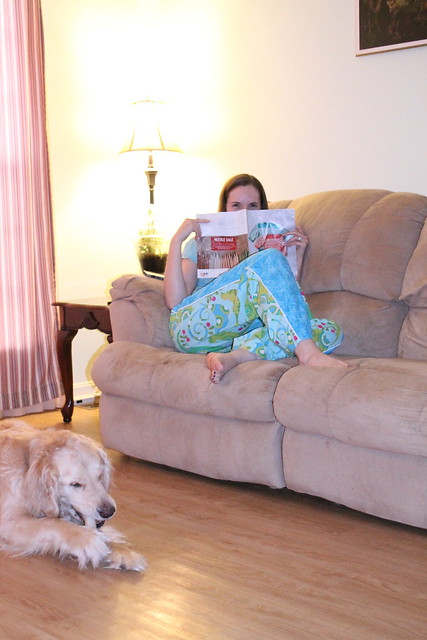 There really isn’t too much I can say about construction, other than they were easy, just a little time-consuming to get the piping sandwiched in well. They’re super-comfortable. I’ve been wearing these literally every single night since I finished. I think this may be my new go-to pajama pattern!

On a random note, every time I look at the print, I think of this song.Which isn’t a bad thing, since it’s pretty and it has a great flute solo in it. Yes, I will freely admit that I have a strong bias towards songs that feature my instrument!

Total used up (from my stash): 2.5 yards. Plus some piping, though I unfortunately had to buy another pack because I ran out with one line to go.

And since I forgot to add it to my last post, total used up from the Plantain cardigan: ~1.1 yards.